If at first . . .
I was unsuccessful in an attempt to snowshoe to the summit of Baldy in the Bears Paw Mountains in February, and I didn’t expect to get another shot this winter. However, due to unusual circumstances, including recent snow, a perfect weather forecast, and COVID-19 school closures, I got that second chance on St. Patrick’s Day (2020). On my failed attempt I turned back when I encountered really deep snow and considerable avalanche risk on the steep west side. So this time I decided to take a longer approach, ascending the more gently-sloped south side . . . and it worked!

Above: View of Baldy from the highway 10 miles south of Big Sandy.

Havre area high-point.
At 6,916 feet, Baldy is the highest peak in the Bears Paw Mountains – known to many locals as “The Bear Paws”. The peak is used by members of the Chippewa and Cree Tribes for prayer and fasting during warmer weather, so I decided to climb during winter. My plan was to park near the Bear Paw Ski Bowl, walk along a road below the west slope of Baldy, make my way up to Pecora Ridge, and then follow the ridge to the summit (see map in photo tour). Several factors had to be favorable for me to succeed, so I didn’t get my hopes up too high as I drove to the ski area 30 miles south of Havre.

Picked a winner.
I could not have picked a better day. The 30 miles of paved road was plowed all the way, the weather was dandy (15 degrees, sunny, calm), and the snow was perfect for snowshoeing. There was about 3 feet of snow on the dirt road but the older snow provided a great base for the several inches of fresh snow that sat on top – I sunk in 4-8 inches with each step, which is pretty ideal.

Social distancing
Starting at 9 am, I walked along the road for 2 miles before veering off to the east and climbing to a low point on Pecora Ridge, which connects to the south side of Baldy. From the ridge it took an hour to reach the summit. I had to work my way around some cliffs and scramble up another outcropping but there was no avalanche danger. It was windy on top, so I layered up and spent 20 minutes enjoying the views and pondering the possibility that on this day I was one of the most socially distant people in the USA.

Luck of the Irish.
From the summit I spotted an easier, more open route from Pecora Ridge down to the road. As I walked down I came upon a Jeep trail, so I followed it down to the road. FYI – Snowshoeing down a gently-sloped Jeep trail covered with deep snow is really fun! I followed the road back to the ski area, reaching my car at 4 pm. The 8.75-mile walk with 1,900 feet of elevation gain took 7 hours. I was exhausted but thankful that the adventure went so well, and looking forward to getting my hands on a large shamrock shake ASAP.

Below: This map marks hikes that have been featured on bigskywalker.com so far, including several in Glacier Park – Select full screen to expand, zoom in for more detail, or click on a marker for a link to the post. 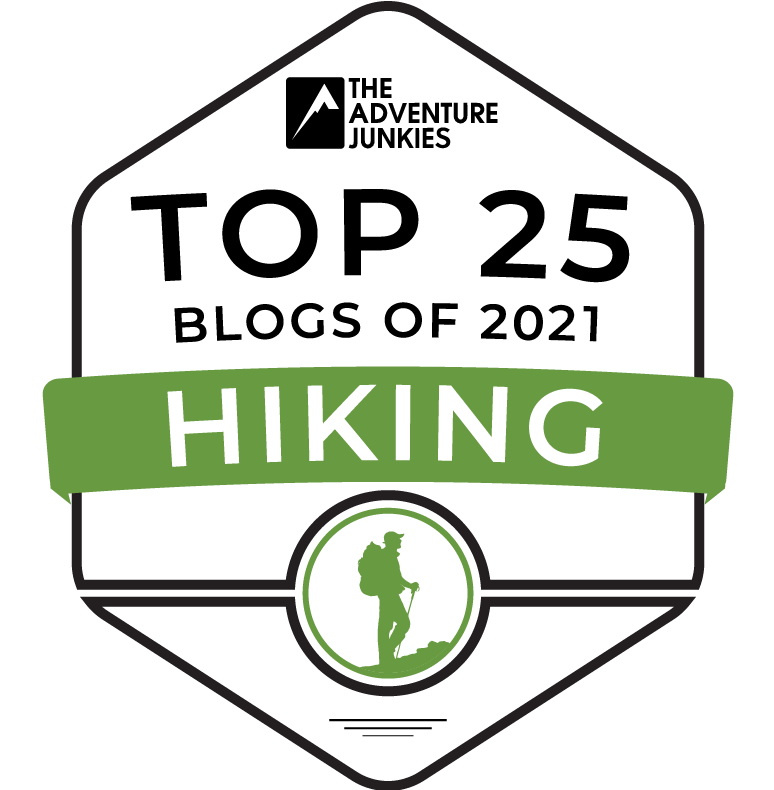